Years ago, they were in love. She was an up-and-coming superstar and he was the devilishly handsome security professional hired to keep her safe. They fell hard and fast, no matter how they tried to resist one another. But not everyone around them was happy about their relationship, and a string of lies and deceit destroyed what they once had.

Having just taken the helm of a nationally renowned protective services company, Kynan McGrath is looking to rebrand and revamp his career. The newly crowned Jameson Force Security is moving from the glitz and glamour of Las Vegas to the mountainous steel town of Pittsburgh, and the last thing Kynan has time for is to deal with his past.

More than a decade has passed since their split, but even a bruised and battered heart remembers its first love. So when Joslyn Meyers comes to him for help, Kynan reluctantly agrees to keep her safe from a terrifying stalker who keeps threatening her life.

As the danger they face continues to intensify, Kynan realizes he’ll stop at nothing to protect the woman who turned her back on him all those years ago. Because one thing is certain—no matter how hard he tries to convince himself otherwise, Joslyn still has his heart.

Wow!! This book was so good! I loved the heart pounding suspense that lasts throughout the book, but mostly at the end. I could not put it down.  Kynan McGrath is oh so sexy, especially with that accent, and right from the start I felt myself really pulling for him and Joslyn.  I loved that Joslyn wasn’t the usual famous person.  I felt myself really relating to her on a level that I didn’t anticipate.  I also fell hard for the side characters, which I rarely do.  I loved their little group and even teared up at the end.  This book pulls you in and doesn’t let go.  The Jameson Force Security Series is one that I definitely plan on reading every single book! I very highly recommend and cannot wait for the next book (Cruce’s Story)!

Since the release of her debut contemporary romance novel, Off Sides, in January 2013, Sawyer Bennett has released multiple books, many of which have appeared on the New York Times, USA Today and Wall Street Journal bestseller lists.

Sawyer likes her Bloody Marys strong, her martinis dirty, and her heroes a combination of the two. When not bringing fictional romance to life, Sawyer is a chauffeur, stylist, chef, maid, and personal assistant to a very active daughter, as well as full-time servant to her adorably naughty dogs. She believes in the good of others, and that a bad day can be cured with a great work-out, cake, or even better, both.

Young interior designer Ava O’Shea has an appointment for a first consultation at The Manor with the owner, Mr Jesse Ward. She is expecting nothing more than an overweight, cravat wearing, well-to-do countryman, and on arrival, nothing would suggest otherwise. How wrong could she be? This Man is devastatingly handsome, charming and confident. He is also a conceited, hedonistic playboy, who knows no boundaries. Ava desperately does not want to be attracted to him, but she can’t control the overwhelming affect he has on her. Every instinct is telling her to run, so she does, but Jesse Ward is not so willing to let her go. He wants her and is determined to have her. She knows she is heading for heartbreak, but how can she run when he won’t let her?

BENEATH THIS MAN (This Man #2) 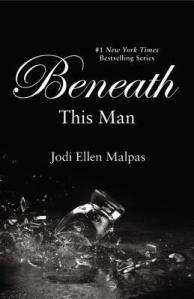 Jesse Ward drowned her with his intensity and blindsided her with his passion, but he kept her away from his dark secrets and broken soul. Leaving him was the only way Ava O’Shea could survive. She should have known that Jesse Ward is impossible to escape–and now he’s back in her life, determined to remind her of the sensual pleasures they had shared. Ava is equally determined to get at the truth beneath this man’s steely exterior. That means letting herself get close to the Lord of the Manor once more. And it’s exactly where Jesse wants her–within touching distance…

THIS MAN CONFESSED (This Man #3)

The Manor, the very place where their passionate love affair began, fills with guests on what should be the happiest day of Ava and Jesse’s lives. She has accepted that she’ll never tame the fierceness in Jesse-and she doesn’t want to. Their love is profound, their connection powerful, but just when she thinks that she’s finally gotten beneath his guarded exterior, more questions arise, leading Ava to believe that Jesse Ward may not be the man she thinks he is. He knows too well how to take her to a place beyond ecstasy . . . but will he also drive her to the brink of despair? It’s time for this man to confess.

This trilogy consumed me!  I could not stop reading until every single book was read!  I feel like I’ve been on this amazing journey with Jesse & Ava and I am a little sad that it’s over, but I am SO glad that they got their Happily Ever After!  This trilogy was steamy hot and the storyline was very well done.  I kept putting off reading these books and I wish I could go back and read them as soon as I bought them!  If you are on the fence about the THIS MAN trilogy, I promise you will not be disappointed! I VERY HIGHLY RECOMMEND!

First time British author Jodi Ellen Malpas was born and raised in the Midlands town of Northampton, where she lives with her family. Working for her father’s construction business fulltime, she tried to ignore the lingering idea of This Man until it became impossible. She made time and found the courage to release her creative streak, unleashing the character Mr Jesse Ward, Lord of The Manor.

Jodi took a chance on a story with some intense characters and exploded onto the self-published author scene at the end of October 2012, sparking some incredible reactions from women all over the world. Within two months of self-publishing This Man, Jodi made the decision to leave her day job to concentrate on her new and very unexpected career in writing.

The second instalment of the This Man Trilogy, ‘Beneath This Man’ was published in January 2013 and fast became an Amazon Bestseller, holding #1 position in the chart of its genre for many weeks in both the US and UK. Now the anticipation for the third and final part of the trilogy, ‘This Man Confessed’, is rife and will be published July 2nd 2013 by Grand Central Publishing.