A Breath of Snow and Ashes (Outlander #6)

A Breath of Snow and Ashes continues the extraordinary story of 18th-century Scotsman Jamie Fraser and his 20th-century wife, Claire.

The year is 1772, and on the eve of the American Revolution, the long fuse of rebellion has already been lit. Men lie dead in the streets of Boston, and in the backwoods of North Carolina, isolated cabins burn in the forest.

With chaos brewing, the governor calls upon Jamie Fraser to unite the backcountry and safeguard the colony for King and Crown. But from his wife Jamie knows that three years hence the shot heard round the world will be fired, and the result will be independence — with those loyal to the King either dead or in exile. And there is also the matter of a tiny clipping from The Wilmington Gazette, dated 1776, which reports Jamie’s death, along with his kin. For once, he hopes, his time-traveling family may be wrong about the future. 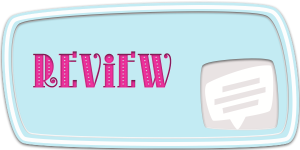 It was great getting to see America in 1776 and seeing the challenges brought forth by the American Revolution for Claire and Jamie.  They know whats going to happen (thanks to Claire) and yet trying to be for the revolution while hiding the fact from the Crown (which gave them the property they are currently residing on) becomes increasingly hard.  I am really enjoying this series and am sad thinking that I only have 2 more books until it’s over.  I highly recommend this book!

Diana Gabaldon is the author of the award-winning, #1 NYT-bestselling OUTLANDER novels, described by Salon magazine as “the smartest historical sci-fi adventure-romance story ever written by a science Ph.D. with a background in scripting ‘Scrooge McDuck’ comics.”

The adventure began in 1991 with the classic OUTLANDER (“historical fiction with a Moebius twist”), has continued through seven more New York Times-bestselling novels— DRAGONFLY IN AMBER, VOYAGER, DRUMS OF AUTUMN, THE FIERY CROSS, A BREATH OF SNOW AND ASHES, AN ECHO IN THE BONE, and WRITTEN IN MY OWN HEART’S BLOOD, with more than twenty-eight million copies in print worldwide.

The series is published in 26 countries and 23 languages, and includes THE OUTLANDISH COMPANION, Volumes One and Two, which are nonfiction (well, relatively) works which provide details on the settings, background, characters, research, and writing of the first eight novels in the Outlander series of novels. Gabaldon (it’s pronounced “GAA-bull-dohn”—rhymes with “stone”) has also written several books in a sub-series featuring Lord John Grey (a major minor character from the main series): LORD JOHN AND THE PRIVATE MATTER,  LORD JOHN AND THE BROTHERHOOD OF THE BLADE, LORD JOHN AND THE HAND OF DEVILS, and THE SCOTTISH PRISONER.

Returning to her comic-book roots, she has also written a graphic novel titled THE EXILE (set within the OUTLANDER universe and featuring the main characters from OUTLANDER), but told from the viewpoint of Jamie Fraser and his godfather, Murtagh. The graphic novel is illustrated by Hoang Nguyen, and published by Del-Rey.

The eighth and most recent major novel in the OUTLANDER series, WRITTEN IN MY OWN HEART’S BLOOD, was released on June 10, 2014 in the U.S.A. and Canada. The book made its debut as number one on the New York Times bestseller list in the hardcover category and combined e-book and hardcover category! And the book is also a bestseller in Canada.

Diana is serving as a Co-Producer and advisor for the popular Outlander TV series, produced by the Starz network and Tall Ship Productions and distributed by Sony International, which is based on her novels. She has written a script for an episode of the series, also.

Her main current writing project is the ninth major novel in the OUTLANDER series, GO TELL THE BEES THAT I AM GONE.

Dr. Gabaldon holds three degrees in science: Zoology, Marine Biology, and a Ph.D. in Quantitative Behavioral Ecology, (plus an honorary degree as Doctor of Humane Letters, which entitles her to be “Diana Gabaldon, Ph.D., D.H.L.”  She supposes this is better than “Diana Gabaldon, Phd.X,”) and spent a dozen years as a university professor with an expertise in scientific computation before beginning to write fiction.  She has written scientific articles and textbooks, worked as a contributing editor on the MacMillan ENCYCLOPEDIA OF COMPUTERS, founded the scientific-computation journal SCIENCE SOFTWARE QUARTERLY, and has written numerous comic-book scripts for Walt Disney.  None of this has anything whatever to do with her novels, but there it is.

Diana and her husband, Douglas Watkins, have three adult children and live mostly in Scottsdale, Arizona.